Home Read Hollow Knight Is Late, But Worth The Wait

When I first saw Hollow Knight on Kickstarter, I couldn’t help but imagine it becoming an indie masterpiece. It has a dark and moody tone, fast-paced action and a retro game design. It screamed out to me as being a game that should be on any old-school gamer’s radar. The game has been delayed from its initial window, but the developers are promising a ton of new bosses, secret areas, and additional items to make the wait worth it. 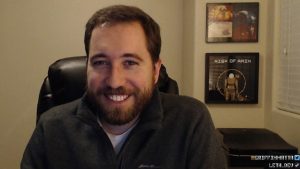 Team Cherry has announced a pretty big name that’s coming on board to help promote their upcoming 2D Castlevania-esque adventure game. Matthew “Leth” Griffin is an indie game marketing veteran and has helped with the releases of Stardew Valley, Interstellaria and Wanderlust Adventures- three fairly successful games in the indie scene. Team Cherry says they’re confidence in his ability to promote their game, and given his track record I have to agree.

When it comes to what day this highly anticipated game will release, Team Cherry is still keeping mum. They have suggested that the date is fast approaching, but it’s a little disappointing not to have a firm date after the postponement from last year. To tide us over, and to give us an idea of how much is being put into the game’s visuals, they provided a gif showing some of the Fog Canyon area. There’s a lot of layers on display here, and some stunning lighting effects from pretty much every angle.

For me, I’m willing to wait a little longer for an outstanding experience, and I can’t wait to play this fantastic-looking game. Let’s just hope the wait won’t be rewarded with another Mighty No. 9.

Contributor
Trevor Anderson is a writer and game enthusiast from St. Petersburg, Florida. As a long-time appreciator of the digital palette, he writes editorials and interviews about the indie games industry and upcoming crowdfunded projects. He enjoys puzzle, empathy and narratively-driven games with strong RPG elements, but won't hesitate to frag opponents online or take on insurmountable odds in action games.