The whimsically-named Dusty Raging Fist seeks to mix up the Streets of Rage beat ’em up formula in a multitude of ways. Hopefully backers will like what they see enough to fund the second half of its development.

Once you get past the fact that it looks like an exceptionally pretty Flash game, you’ll notice a number of interesting features that Dusty Raging Fist brings to the traditional side-scrolling action genre. For a start, the game supports 3-player local and online co-op, and allows fighters to use a variety of special attacks such as artillery strikes and sniper support.

Players can also summon powerful entities known as Mythical Guardians, either to deal huge amounts of damage to enemies or to restore huge amounts of health to allies. Elemental attacks are also featured, adding further depth and variety to the core combat.

My early impressions are kind of ‘meh’. Repetitive gameplay can be done right – just look at something like Metal Slug or Rocket League – but not every title nails it. I’m not convinced enough by what I’ve seen that I wouldn’t grow bored after a couple of hours, with or without friends. 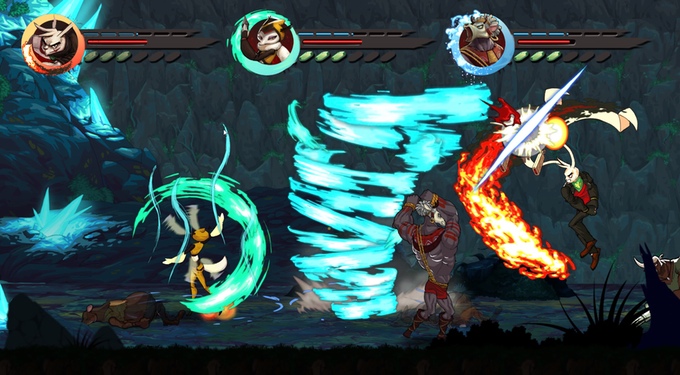 That said, maybe it’s just not my type of game. There’s certainly an audience for this kind of thing, and that could very well go a long way in ensuring Dusty Raging Fist reaches its $60,000 AUD goal. The project has until Friday the 20th of November to reach that target, and has already secured close to $3,000. 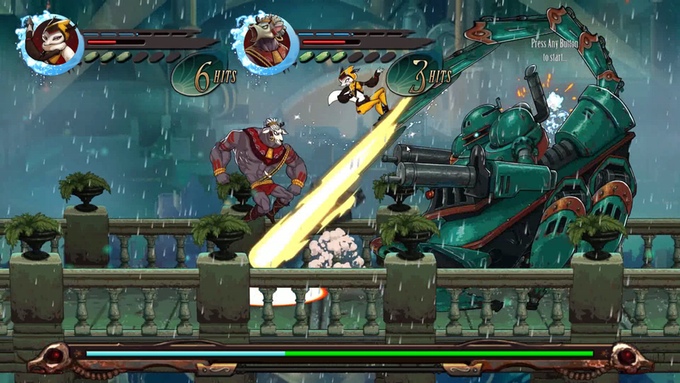 Track the progress of the Dusty Raging Fist Kickstarter in our Campaign Calendar.

Staff Writer
Gary Alexander Stott is a handsome young writer from Scotland absolutely brimming with talent, who feels his best feature is his modesty. When it comes to overthinking narrative and storytelling in games, his otherwise useless degree in English with Creative Writing comes in very handy indeed.

Producer at @Coatsink. @IWGB_GW member. Words in @lostincult. Souls guy. Gunpla newb. Welcome to THE GARY BRAND™️ ✨SAME HANDLE ON OTHER PLATFORMS✨
@SweetPeachGames I don’t remember the TGAs having as much relevance back then. Did they even exist in 2015? - 9 hours ago